Introduction
When I first started shooting, the one lens I wanted above all was a fisheye.  Like most beginners I didn't know the importance of fast zooms and low distortion primes; all I thought about was fisheye pictures were really cool.     I've wanted a fisheye for a long time and last June I began my search. 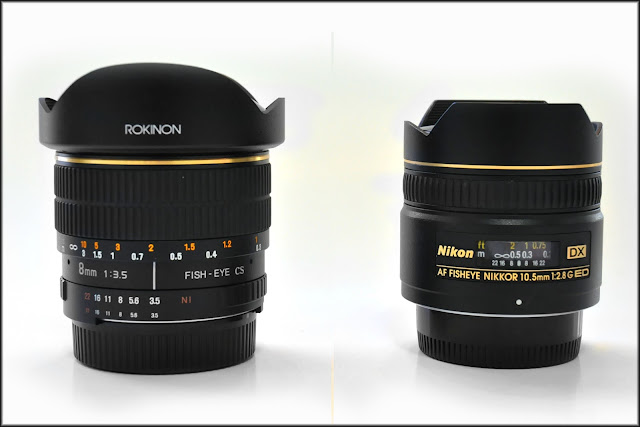 The Nikon costs $650 new and about $500 on craigslist used.  The Rokinon is $250 new but is almost impossible to find used.  Other options offered by Sigma and Tokina are too similar in price to the superior Nikon.  The extra $250 was too much for me so I chose the Rokinon.  Recently I came across a damaged Nikon fisheye for $140 and had a chance to do a comparison.

First of all I'd like to point out that the Nikon 10.5 fisheye is damn near a perfect lens.  It's sharp, great in low light, has fast AF, and focuses amazingly close.  The Rokinon is weaker in all aspects but remember the Nikon costs over twice as much.  I didn't expect the Rokinon to outdo the Nikon but I was curious to see how it measured up and which lens had the better balance of performance and value.

**Rokinon is produced in other names [ie: Vivitar, Opteka, Bower, Pro Optic] but all are identical**
***Excuse soft Nikon sample images.  The lens has a damaged front element that affects image quality. A clean lens would yield sharp results,***

Focus and Metering
First thing to consider is MANUAL FOCUS vs AUTO FOCUS.  Using manual focus lenses on Nikons lower than the D200 means that METERING [the camera's ability to measure light and exposure] is also done manually.

On my D90 the Rokinon only functioned in M-mode and forced me to meter by taking test shots and adjusting my settings accordingly.  This process gets easier with practice and is not as difficult as it sounds.  Also, manual focusing is easy because at focal lengths this wide almost everything is in focus.  It does not require the fine tuning that longer focal lengths do.

With the Nikon, metering is perfect on all Nikon DSLRs.  Autofocus, however, does not work on D5000s and below because it lacks an internal lens motor.  On my D90 the autofocus is noisy but fast and accurate.

Build Quality
Both lenses are built similary.  Both have metal mounts and feel solid in the hands.  The Nikon is smaller in size but a bit heavier.  I'm guessing the weight comes from the focus mechanism inside as well as the faster max aperture.

Image Quality
Both lenses are great in terms of sharpness.  The Rokinon is fine wide open at 3.5 and improves when stopped down.  The Nikon is sharp throughout.  You don't gain much from the Nikon in terms of general image quality. 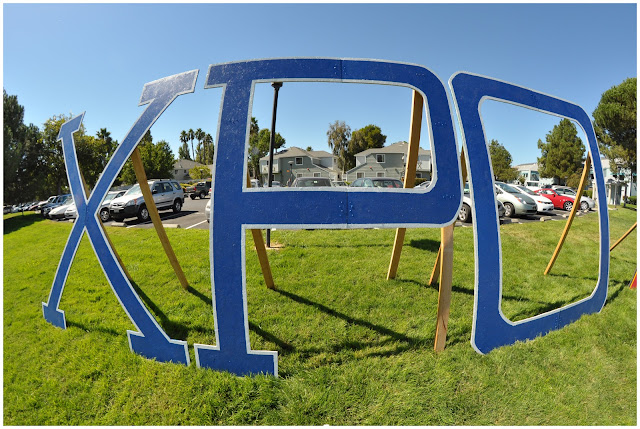 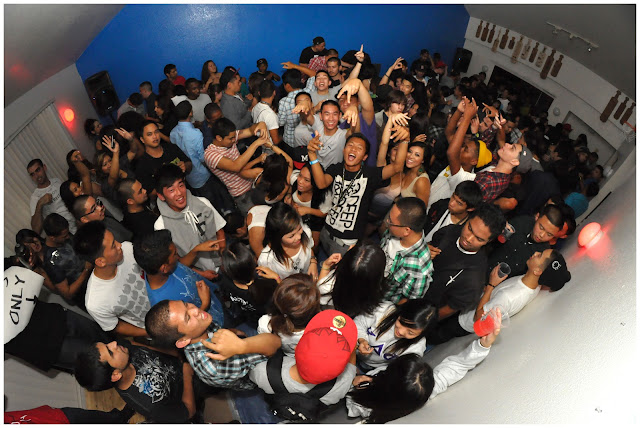 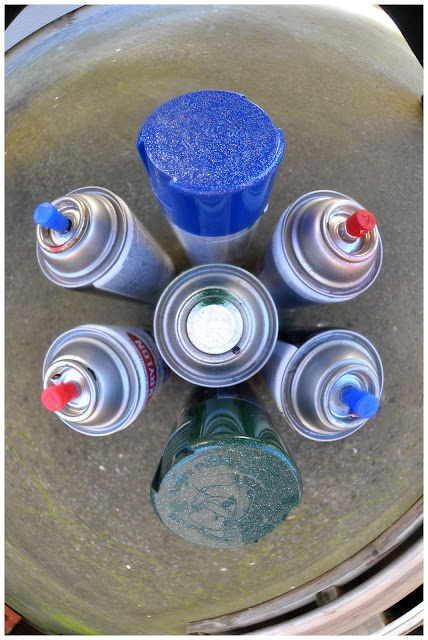 To me this is the deal breaker!  The Nikon fisheye focuses TWICE as close!  You will get amazing macro fisheye shots with the Nikon that are impossible with the Rokinon.

In the Rokinon sample image below I am closer than a foot to my friend Charmaine and clearly the lens' limits are pushed too far.  It just can't focus that closer.  The second image shows how the Nikon can easily focus inches away from a flower.  Combined with the large 2.8 aperture, great subject to background separation can be achieved with the Nikon. 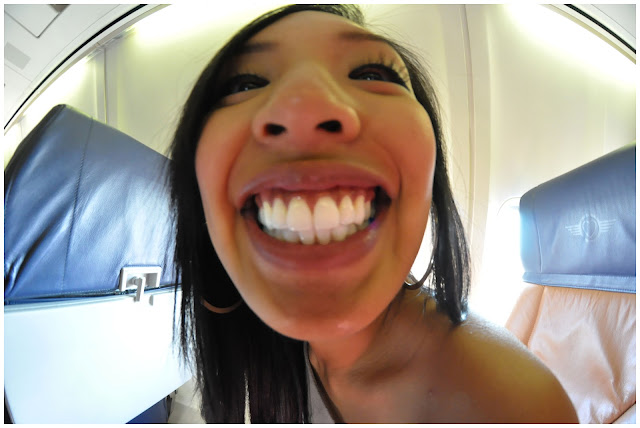 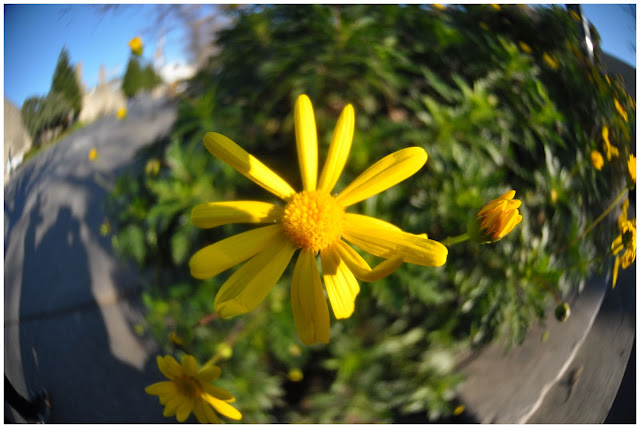 Compatibility, Filters, and Caps
Both the Rokinon and the Nikon are made to be used on Nikon DX bodies only.  Their image circles are only big enough to cover the smaller cropped sensors.  This means forget about them on any FX or film body.  They will mount properly but won't be able to cover the larger sensor.

Because of their large and protruding front elements neither lens can take a front filter.  Be extra careful with either one because the only thing protecting their front glass are the built in lens hoods.  The Nikon does accept rear cut out filters but with adjustable white balance this is not a significant feature.  The Rokinon has a snap on cap while the Nikon's cap simply fits over the front.  The Nikon replacement cap ranges from $35-$50!  The Rokinon might be difficult to replace.

Conclusions:
Rokinon - This is a fun and capable lens.  It is worth every penny of the $250 I spent on it.  It's sharp, well built, and it produces great images and colors.  It is an overall good lens without any significant flaws.  Its manual focus and metering are easy to overlook considering the low price.


Nikon - I feel the $650 price tag is fairly reasonable.  This is a fast, sharp and bright piece of glass.  It surpasses the Rokinon in every aspect [which it should for the price].  Also, the ability to focus inches away from the lens is an amazing feature. 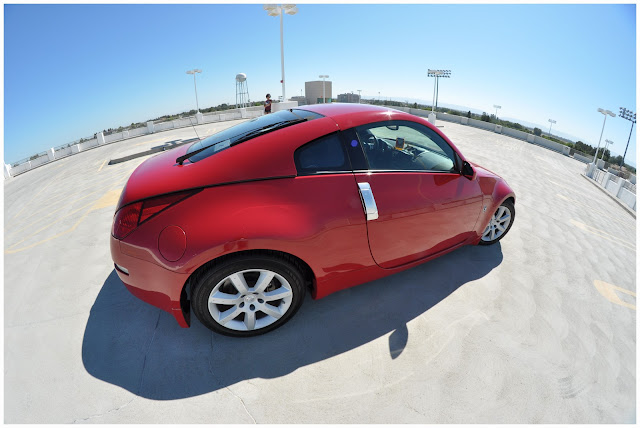 Recommendations
If you can afford the Nikon, it is worth the extra money.  In my opinion the close focus ability alone is worth spending more.  The purpose of a fisheye is to get creative and further manipulate perspectives.  The Nikon allows photographers to capture images the Rokinon simply can't.  In addition, the autofocus, metering, and maximum 2.8 aperture further increase its value.

However, if $250 is all you're willing to spend on a fisheye the Rokinon won't let you down.  I only upgraded because I found a great deal on the Nikon.  I recently sold my Rokinon for $220, a little more than what my Nikon is going to cost to repair.

Whichever way you decide to go fishing you won't be disappointed.  Hope this was helpful and happy shooting!
Posted by LJ Lualhati at 1:05 PM